Virtual dialogue reaches audiences around the globe, it is easily accessible and interactive. While asynchronous e-learning has become a new norm, opportunities for web-based, real-time conversations are less frequently utilized. In this regard, UNODA Vienna Office has initiated the “Disarmament Web Talks” that aim to provide an online platform for discussions and dialogue. In an effort to connect interested audiences with experts and leaders around the globe, this Series strives to make highly specialized fields such as disarmament and non-proliferation more equally accessible.

The Series directly contributes to key objectives enshrined in the Secretary-General’s Agenda for Disarmament, launched in 2018: to revive serious multilateral dialogue and increase efforts to engage youth.

Title: Progress made two years after the launch of the UN Secretary-General’s Agenda for Disarmament 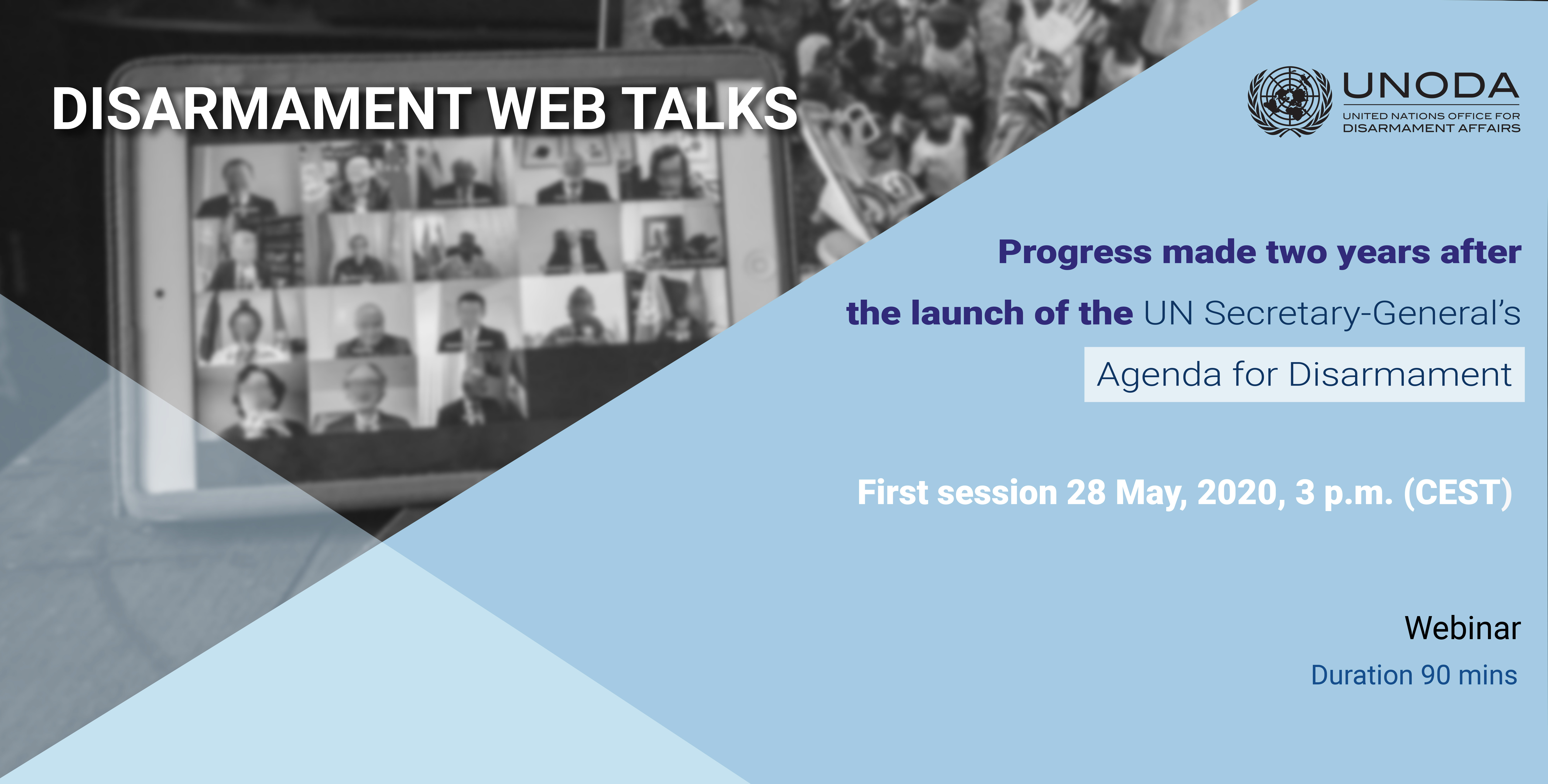