Open
Efforts in the United Nations to eradicate landmines

This short course is focusing on landmines, the 'silent killers' that often lie dormant long after active hostilities have ceased. Most of their victims are civilians, including children. Over the years, anti-personnel landmines became cheap, easily accessible and widely available weapons used in both international and non-international conflicts. Today tens of millions of landmines are still buried in over 60 countries and areas around the world, many of them unmarked, unmapped and often left unrecorded.

The United Nations has a number of legal instruments in place which aim at tackling the landmine issue. These include the Anti-Personnel Mine Ban Convention and Amended Protocol II to the Convention on Certain Conventional Weapons. Thanks to the Anti-Personnel Mine Ban Convention, the work of the United Nations, and the awareness raised by civil society organisations, great progress has been made, however, there is still a long way ahead before these indiscriminate weapons are eradicated, and they no longer cause devastating social, economic, humanitarian and environmental impact.

This course provides an introduction to landmines and the international legal framework that addresses this issue. 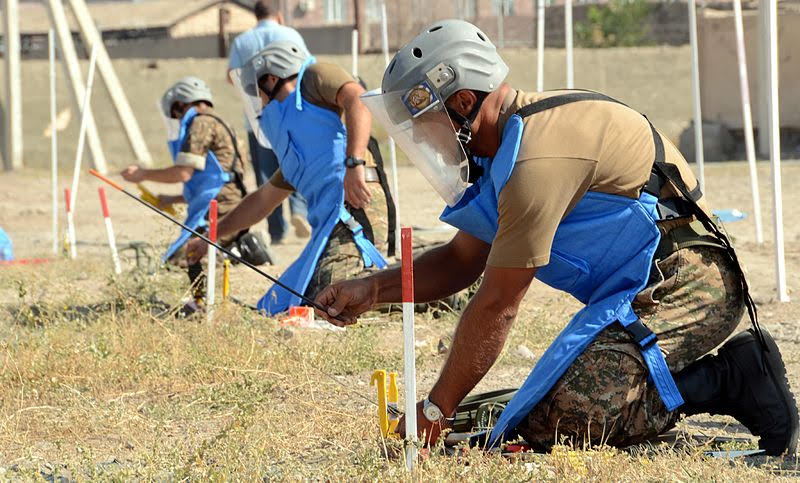