Emerging technologies: A Blessing or a Curse? Second edition of the Vienna Conversation Series hosted in Vienna

Vienna, 30 May – On 9 May 2019 UNODA Vienna hosted the second edition of the Vienna Conversation Series. The title of this edition Emerging technologies: A blessing or a curse? centred on the challenges that emerging technologies such as drones, blockchain, 3D printing, or nanotechnology represent for peace and security.

These events contribute to one of the key goals enshrined in the UN Secretary-General’s Agenda for Disarmament, launched in 2018, to revive serious multilateral dialogue and bring disarmament and non-proliferation back to the centre of the work of the United Nations

The “Vienna Conversation Series”, hosted by the Vienna Office of the UN Office for Disarmament Affairs, aims at providing a platform for fruitful discussions and knowledge exchange among the different stakeholders and interested audiences. These events contribute to the key goals enshrined in the UN Secretary-General’s Agenda for Disarmament: to revive serious multilateral dialogue and bring disarmament and non-proliferation back to the centre of the work of the United Nations. Keynote speakers at the 2019 event were Dr. Ulrich Kühn, Deputy Head of the Arms Control and Emerging Technologies Program, Institute for Peace Research and Security Policy at the University of Hamburg, and Ms. Malin Oestevik, Cybercrime and Anti-Money Laundering Section, United Nations Office on Drugs and Crime. As in the previous edition, the event was moderated by Ms. Laura Rockwood, Executive Director of the Vienna Center for Disarmament and Non-Proliferation. The event was generously supported by the Government of Austria. 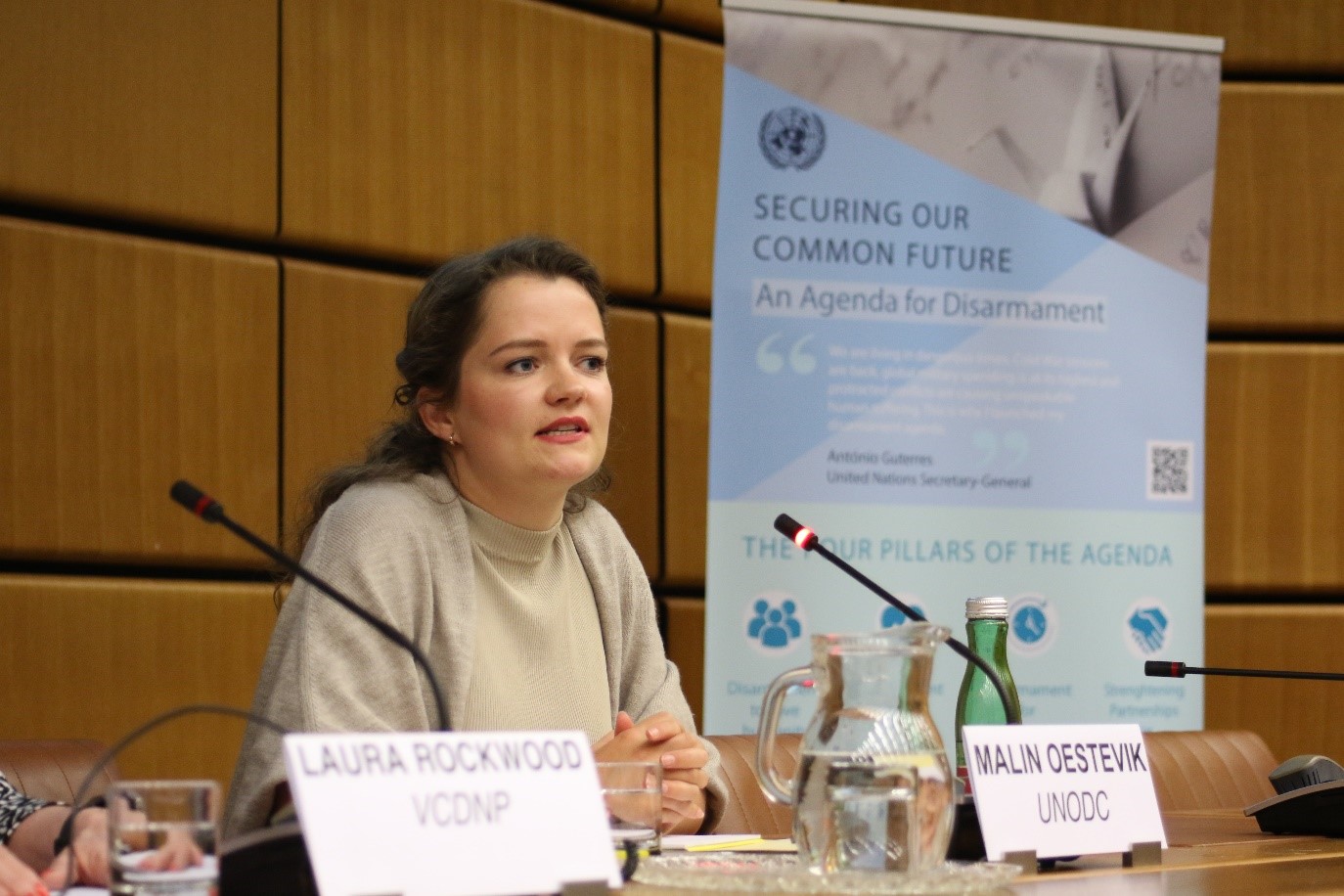 Ms. Oestevik centred her intervention on criminality occurring on-line or cybercrime. She stressed the fact that new technologies are neither good or bad. New technologies contribute inter alia to the goals of sustainable development. Conversely, the threat of cyber-attacks would be an ill use of those technologies. International Organizations can provide a response to these threats through capacity building, enabling communities to be more resilient. 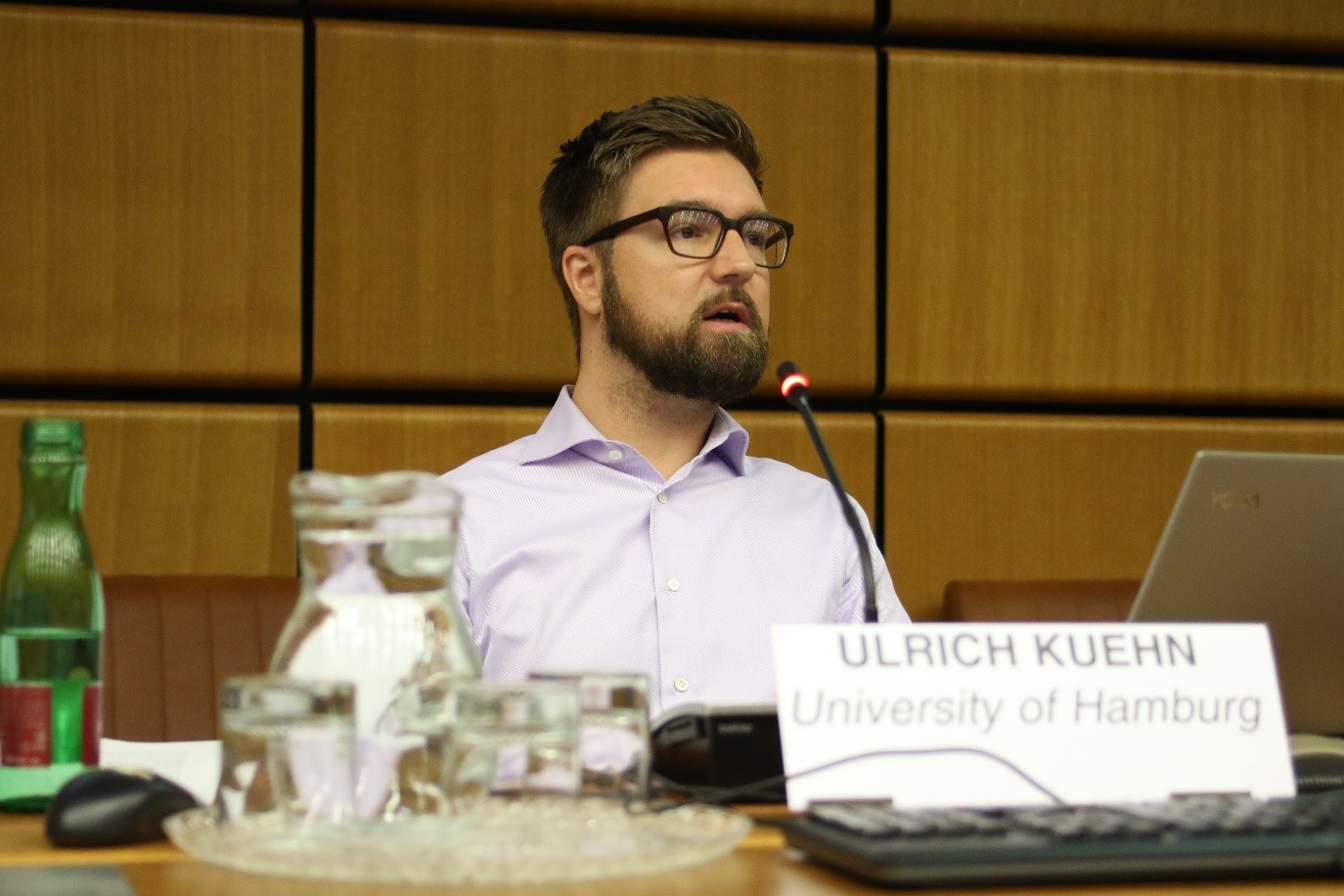 Dr. Kühn addressed a number of myths such as the impression that international policies cannot keep pace with emerging technologies. This is however not a given since emerging technologies can be regulated before they become a real threat. We currently see some efforts in this direction, such as attempts to regulate Lethal Autonomous Weapon Systems. Relying solely on unilateralism instead of supporting multilateral efforts is another misconception. Finally, assuming that emerging technologies can contribute to the collapse of decades of treaties, which would be highly problematic, can be avoided if we increasingly invest in multilateral dialogue. Both speakers agreed on the current challenging political environment which is facing a lack of trust in norms, making reaching new multilateral agreements extremely difficult. Emerging technologies are however not a threat by themselves and may offer massive benefits if they are collectively regulated by international laws. The event was streamed through UNODA Vienna social media channels (Facebook and Twitter, through the hashtag #disarmamentCS. Users around the world were invited to join the interactive discussion and pose questions on-line to the speakers.

A recording of the event can be watched here.